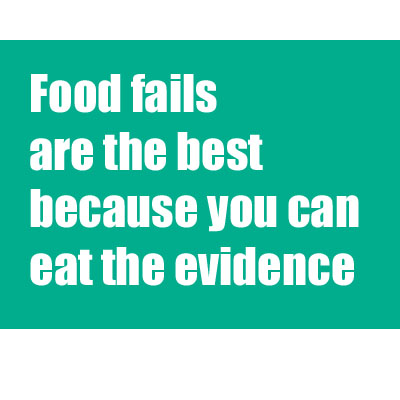 Now that I no longer have a 9-to-5 (something I do actually miss from time to time), I’ve taken quite a liking to cooking. There’s always a new recipe I want to try and old favorites I fall back on. Yesterday was an “old favorite” day: pulled pork tacos. But it definitely didn’t go as planned.
I went grocery shopping on Monday, like I always do, and picked up (what I thought was) a pork butt so I could begin the process of slow cooking some shredded pork. Tuesday came and I pulled the pork out of the refrigerator to discover that while I may have looked at the pork butt, what I actually brought home was something quite different indeed. I’m not foodie enough to tell you what it was without digging through the trash to read the label, but it was in no way what I was planning on cooking with. What I actually brought home was bone-in and required me to cut off animal skin. Gawd, it was gross. I’ve never pulled skin off anything other than chicken and this.was.gross. I used kitchen shears, a carving knife, and finally a serrated bread knife which is what did the trick. It was foul. Never again will I make the mistake of NOT picking up pork butt.
And whatever this cut was, it sure didn’t shred easily. Normally, after about four hours of slow cooking, I can just use my trusty tongs to shred the pork. Not this monster. My shoulders actually hurt a little from all the pulling and prodding and jabbing and cutting I had to do to cut the meat off the bone. GAAAAA!!!
Additionally, this cut weighed in at over three pounds. Now, had it been all meat (as I’d hoped I’d purchased), the shredded pork would have filled my slow cooker and soaked up all the delicious marinade (homemade green chili and Rick Bayless skillet fajita sauce, on recommendation from a friend). Not so much. I think I wound up with about 3/4 of a pound of meat after trimming all the fat and removing the bone. There was so much leftover marinade I was able to package it up in the freezer for the next time I make this meal with the correct cut.
I’ve never been much of a cook, so trying new things is very fun for me and I’m learning a lot of tricks and techniques. The other day, I learned how to chop an onion without crying though I still tend to use my handy chopper tool more often than not (because it’s fun and makes me think of the friend that gave it to me).
What I’m coming to learn is that I’m much better at complicated recipes. The harder it is, the better I’ll probably handle it. If it’s easy, I will surely mess something up. Maybe this comes from 30+ years of baking (wherein exactitude is a requirement). Maybe it comes from my perfectionist being. I don’t know. I really don’t care. All I know is that I enjoy cooking and from everything I’ve read, seen, and heard, that’s the whole point! Well, that and the eating, of course!