Most of you know that back in April 2009, four of my friends and I descended up on Las Vegas for the Britney Spear Circus Tour (at the MGM Grand Garden Arena). Holy hell, did we have a ton of fun! It was the first of what will be MANY “Girls Trips” … woo hoo!

As is my way with many concerts, I enjoy dressing up in that concert’s theme. For example, when Laura and I went to the Madonna show, we were pretty 80s-tastic about it. For the Poison/Cinderella show, we white-trashed it up a bit. For the Godsmack show, I was in knee-high Doc Martens and a short leather dress. You get the idea.

So for the Britney show, we all decided to find a Britney costume from one of her videos or appearances and wear that to the show.

Here were the final choices: 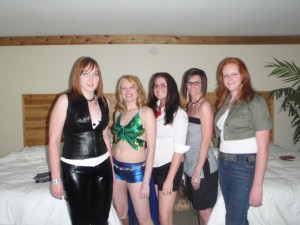 From left to right, here are the original Britney costumes (I think we did rather well, considering our meager budgets!):

Laura as Womanizer Britney (the waitress):

Micah as Slave 4 U Britney (VMAs): 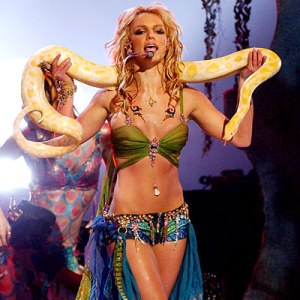 Steph as Me Against The Music Britney:

Nikki as Womanizer Britney (the secretary):

Chandra as Piece of Me Britney: 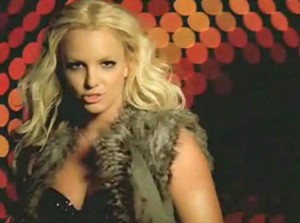 This was, without a doubt, one of the most fun shows I have EVER been to and I was so glad that I got to go with such a fantastic group of girls (who also indulged my desire to dress up for shows…what great sports they are)! It should be noted that my costume is the primary reason I started my insane quest to lose weight and get back in shape (Weight Watchers, running, and Jillian Michaels…I think it worked out all right)…

One of the best parts of the weekend happened as we were walking out of our hotel to the show when “old man winter” about fell off his damn barstool watching us walk by! HILARITY! The girls also enforced the rule that at some point in the night, I was to walk in front of them while talking to myself so as to appear….nuts. It happened. We laughed.

Most ironic part of the weekend was when we walked outside our hotel on the way to the show and some random guy just happened to have a GIANT ASS SNAKE for people to touch, feel, hold, whatever. How ironic that I was dressed in THAT outfit and this guy has a snake. Weird. It seemed a bit too coincidental not to at least hold the thing…which I was terrified of doing, but did anyway (with a bit of coercion and help from the snake’s owner):

One thought on “The Britney Show”